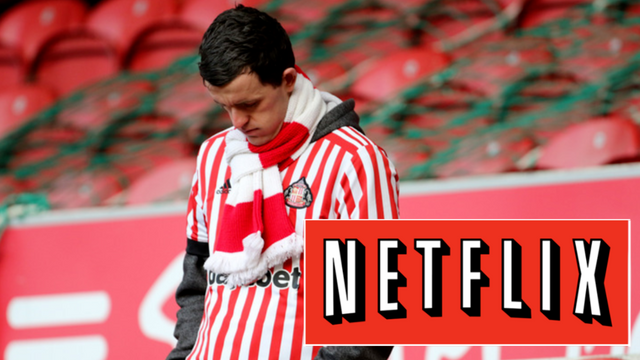 For those of us not lucky to get tickets, we're going to have to wait until next Friday to watch any of it.

I had been in two minds for a while about this documentary, as in whether or not I wanted to subject myself to the horror of last season again. At the time filming was agreed, very few expected Sunderland to capitulate in such spectacular fashion. Next week, behind the sofa, we'll be preparing to watch what will be a harrowing portrayal of a dying football institution. For a neutral, what a fantastic prospect for some on-demand viewing.

It'll end on a high note, with the purchase by Stewart Donald, but I can already feel the cringing, angst and disappointment of reliving the 2017/18 campaign.

I think the timing of the release is fantastic. Donald has injected Sunderland back into Sunderland, we look like strong contenders for promotion and may even find ourselves in the latter stages of a domestic trophy once more. That, coupled with the documentary, is handing us the opportunity to truly appreciate where we are.

Going to the Stadium of Light last season was an awful experience. Almost straight from the get-go, a handful of decent results aside, performances were pathetic. The disconnect between players and fans was so real it was like a force-field separated the pitch from the stands. Like we were peering through red mist to watch another shambolic showing. Fans would argue among each other, leave before half time and many stopped turning up altogether. And all of that was understandable behaviour.

For me it eventually got to the point that there was no more anger, no more nervousness, no more anything. I was going to watch Sunderland play and I could barely bring myself to care about what the result would end up. It's the only time in my life where I genuinely felt like I didn't care about football, to the extent pre and post match pub conversations were no longer about football. I was a zombified supporter, purely going to the match because it's what I've always done.

Move the clock forward a matter of months and I'm back talking about nothing but football. I go out earlier for that extra pint, I refresh my Twitter timeline constantly at 14:59 to get the team news, I'm singing in the stands again. It doesn't feel like we have to win every game anymore, it feels like we will win every game.

Watching 'Sunderland Till I Die' will be painful in many ways. Though I'd say don't let that put you off, watch it, and use that to really appreciate how much better things are already - even in League One - and maybe it will never get that bad again. So, aye, Netflix, next week - ha way then.