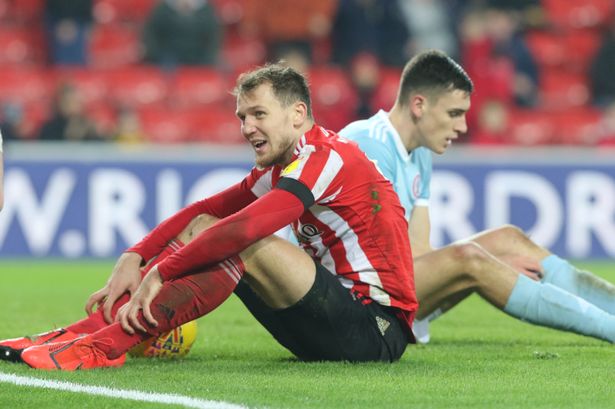 It's pre-match fan panel time! If you fancy joining in - no requirement to do so every single game, just as and when you want to - click here to join the WAWFP.

Now that the dust has settled, how do you feel about the Accrington Stanley game?

It's been a strange season where Sunderland have spent a lot of it being quite poor, but the character we show week in week out to not lose is incredible. I'm not sure I've seen us play as poorly as we did in the opening 50 minutes against Accrington Stanley, and yet with one substitution the game flipped on it's head. The WAWFP struggled to look beyond the the opening periods, but believe we can take plenty of lessons from the match into the rest of the season;

We were nervous and Stanley capitalised on this. They played really well, and we didn't have the creativity to do anything except play long balls: which is not our game. The introduction of Maguire helped massively, but by that point it was a big ask to get anything out of the game. Credit to Stanley for how they played, but I think the game showed three things;

- we can't play two up front

- Gooch, Wyke and Baldwin need to be taken out of the firing line for the Gillingham game - Ben

4-4-2 does not suit our style of play. Although, I was curious to see how Wyke and Grigg would fair out together in the side, it just didnt work. Too much hoof ball. We looked a much better outfit when King Maguire came on. - Howard

If we don't get promoted, would that be a failure to you?

This is the big one that I think splits the majority of Sunderland supporters. There are strong arguments for both sides, given the amount of money spent compared to the competition in our leagues. The WAWFP was representatively split too, here's a couple of the contrasting opinions on the outcome of the campaign;

It would be a total failure if we didnt get promotion this season. Best squad and biggest budget in League One. No excuse. - Howard

What we have to accept is that we have arrested a club that were in complete freefall, and while some thought that promotion was a given, the very fact that we're at the top end is a success.  Promotion would be the icing on the cake, but I don't believe it's a failure should we miss out. - Paul

What changes would you make for the game?

Linking back into the first question, you can probably guess we had many changes suggested. Each respondent offered at least three changes from Friday's team to take on Gillingham this evening.

3 centre halves and two wing backs in a 3-5-2 or 5-3-2, whatever way to say it, Maguire in from the start after his performance vs Acc stanley. We simply have to get at them from the first whistle, we've been far too passive in games lately. Where is the high tempo and pressing game gone from the early part of the season? - Mark

Players like Maguire thrive playing in front of the TV cameras, not sure that tomorrow's game against Gillingham will excite him as much. I´d go for Duncan Watmore, if he´s up for it, and throw in Cattermole instead of Leadbitter who needs a breather.  Fullbacks Matthews and Oviedo and FULL STEAM AHEAD - Staffan

Thanks again to our excellent panel, if you're interested in joining in scroll up to the top of this article or click this link.