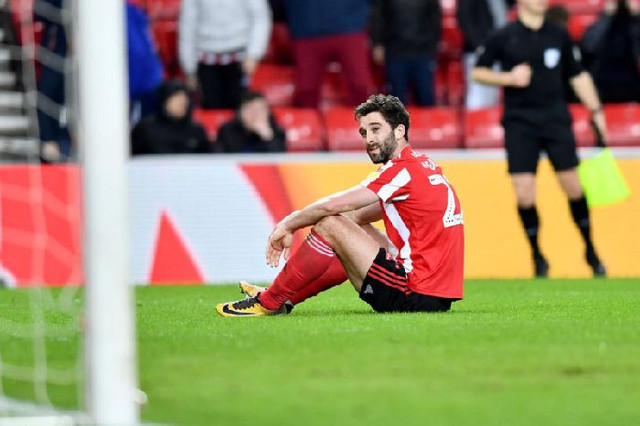 Blackpool are a decent team. I know it feels like we should beat everyone, but that's not how football works. Staffan in our Fan Panel said it eloquently on Tuesday that we have no right to promotion this season and that more evidence supports the notion that Barnsley, for example, are a better side than us. We have to earn promotion, it won't be handed to us.

Against Blackpool, things felt a bit different as Sunderland created far more opportunities despite drawing yet again. Our fan panel had a few thigns to say in the wake of Tuesday's draw and ahead of tonight's telly encounter with Accrington Stanley.

Do you think Tuesday's draw was any different to our recent performances?

"Thought we were much better going forward and created a lot more chances than we have lately." - Howard

"Tuesday saw us clawing back a 'result' rather than chucking one away, which makes it different in itself. Match turned in the space of a few seconds. If Grigg scores his chance, they don't run up the other end and score, and it's 1-0 rather than 0-1.  I know it doesn't really matter who gets the equaliser, but I feel it would have been better long term if Wyke had scored that header, to give him a boost."  - Paul

What did you make of Will Grigg's performance?

Without even getting through his first home debut I heard grumbles behind me of 'the new Jozy Altidore' and everything else that goes with a striker that's misfiring at Sunderland. However, Grigg had some good movement and didn't shy away after his misses. Here's how our fan panel evaluated League One's record signing;

"Grigg hasn´t played a lot lately so he´d always be a bit rusty but, in saying that, it was a real sitter he missed and I sincerely hope he start scoring very soon or we´ll have another Ashley Fletcher on our hands (but Fletcher came for free!)" - Staffan

"Grigg will score goals starting tonight even though he was rusty on tuesday and missed 2 good chances." - Howard

How many points out of our next two home games do you expect us to get?

The season is getting on now, it's mid-Feb already - surely only wins are good enough? Our fan panel were in agreement that nothing less would be good enough;

"Accrington really got off to a brilliant start but is on free fall now, still to score during 2019 and i cant see us conceding goals against them. drawing with a very consistent Blackpool came as no surprise to me but honestly, tonight we need to win and i´m sure we will - Gillingham´s also in dire strait, maybe not as bad as Accrington but will be hard pushed to avoid the drop.  another team that we should beat comfortably if we play the way we did against Blackpool." - Staffan

"I'm an optimist, and still see 6 points as a possibility, hopefully with Grigg bagging a couple of goals to get him up and running." - Paul

Thanks again to our panel for taking part. If you'd like to join, click here to send us a message to get involved!