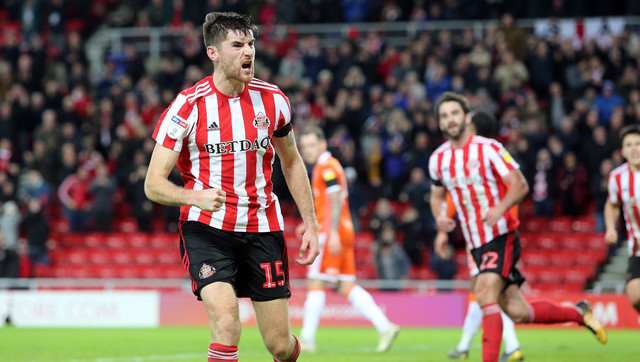 After seeing Sunderland dropping points like a drunk man dropping pints in a bar, can Jack Ross instil some steel in his struggling team to finish the job? It’s not going to be easy against Accrington.

What’s the story so far?

Let’s face it, Sunderland have been underwhelming lately. After seeing the club come through one of its more successful January transfer windows in recent memory, many fans were expecting to see Sunderland catch their promotion rivals. Instead it seems that the squad has been paralysed into a static form of pragmatism that they just can’t seem to pull off.

The joyous, flowing passing game that got so many fans excited has been reduced to a pointless practice of moving the ball around without any real intent. Aiden McGeady has provided a lifeline with his quality, but take away his goals recently and we would be in some serious trouble. I know not the kind of trouble fans have been used to recently, but still. Expectations are high. The club is being rebuilt and has an excellent squad to represent them on the pitch and it’s not at all unfair to expect more from the talent that Jack Ross has at his disposal, not to mention his own abilities.

Maybe the recent string of two points that have fallen through the metaphorical fingers of our great club might spark the squad into life. Take Jack Baldwin’s goal against Blackpool on Tuesday night, the passion and determination to do well for Sunderland was plain for all to see, he looked like a man possessed and maybe Sunderland have missed his leadership qualities at the back, it’s easy to forget he was captain at his previous club.

I would usually discuss recent results in greater detail but the same problems have persisted in Sunderland’s play for a while now. Draws against Charlton, Luton, Scunthorpe, Oxford and now Blackpool have seen the squad struggle to make decisions, be creative and to actually have a decent crack at putting the ball into the back of the net.

An over reliance on McGeady is causing the midfield to be static and not look to dominate or create anything of their own, putting greater pressure on all payers further up the pitch to fill the gap, but likewise they appear reluctant to try anything too risky in case that exposes the fairly static players behind them. Bit of a vicious circle really.

Accrington arrive at the Stadium of Light in the throes of some consistently inconsistent form. Losses, draws, red cards, being knocked out of the FA Cup and the Football League Trophy have provided Accrington fans with a rollercoaster of a ride since Christmas, their previous good form faltering as the season rolls on past the half way point. You have to look back to Boxing Day for a Stanley win in the league when they beat Shrewsbury 2-1. Their points have come in the form of two draws against Bristol Rovers and Gillingham since then leaving Stanley needing anything they can get to see them through this rough patch of form.

Part two of my match preview will be here in the next hour or two including manager patter and the all important prediction!