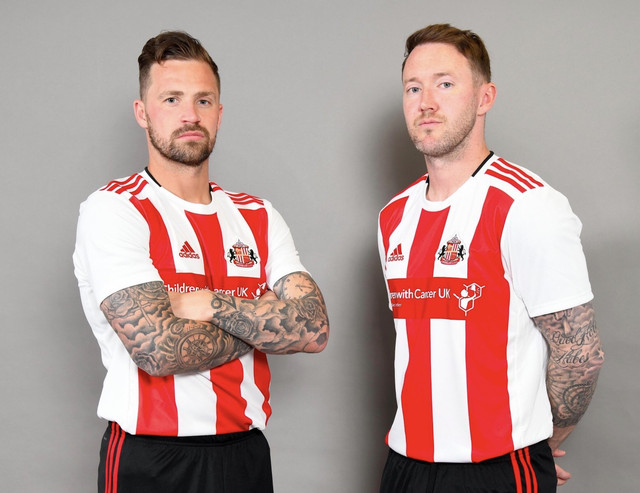 A grim, too white (and not a pinstripe in sight) home strip was released yesterday in what looks to be Adidas’ final Sunderland debacle in the near future (we hope). But there’s a shining light in amongst the grim.

Whilst the strip itself is horrific, the new sponsorship logo ‘Children with Cancer UK’ is a fantastic gesture by BETDAQ. They have paid Sunderland for the years’ sponsorship, and despite having made a commitment to pull football sponsorship to limit the impact of gambling addictions, gifted the benefits of that arrangement to a fantastic charity.

The design of this strip, much like last season’s, was already decided before Stewart Donald and Charlie Methven took ownership of the club.

Perhaps what is more important to consider right now is which league this strip will be showcased. Odds checker have promotion via  the Play off final as a dead heat, with Sunderland and Charlton both available at 10/11. If you are considering a dabble on the final, make sure you check out some bonuses from bonusbets.com and get the most out of your inevitable winning Sunderland bet.

After recent musings about potential new investors at the Stadium of Light over the summer, promotion feels more important now than it did perhaps a few months ago.

Back then, it was about us being too big for this league - which we are. Now though promotion could well pave the way for an incredible bright future on Wearside, should a significant cash injection be received to fund out return to the Championship.

And let’s face it, we’d need a big injection of cash. Whilst the current squad have shown plenty of character over the last 9 months, most have also proven themselves limited in ability which would be laid bare for all to cringe at in the next tier up. If we were promoted.

A big, massive, horrible, gut-churning if.