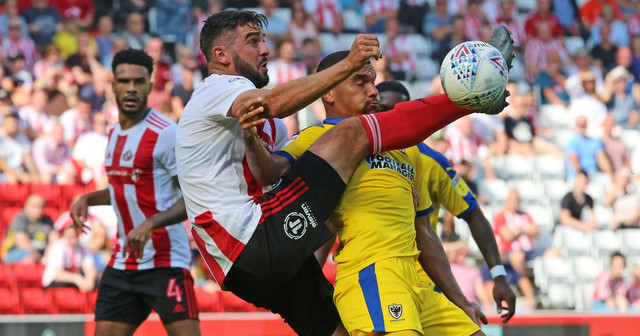 The Lads are making what was once a regular trip to Turf Moor during our not very much revered decade in the Premier League to face Burnley in the Carabao Cup. We put away Accrington Stanley quite comfortably in our first round clash but the step up in the quality of opposition is foreboding to say the least. Can Jack Ross take his squad to Lancashire and cause an upset? It wouldn’t be the first the League Cup has seen so far this season.

My-oh-my the difference in writing these match previews since the opening day of the season is refreshing to say the least. I’ll freely admit that I was combing the performances of the first two draws hell bent on finding some positives I could share with everyone and try to calm some of the unhappiness that was clearly beginning to stir on the horizons of our support (maybe I’m getting ahead of myself with estimating how many readers I’m currently attracting HAHA!). But after taking some time to find our feet in the first half against Accrington the momentum has been building and the quality on display by our chaps in red and white is increasing.

So it may come as a surprise to most that I spent the vast majority of the Wimbledon game quietly raging with frustration. I felt like our defence was rock solid except for that hair loss inducing lapse in concentration before half time. This allowed Appiah into our area unmarked to nod home for the Dons – very much against the run of play as I think you could count the number of times Wimbledon entered our half with the ball of their own volition on the fingers of, if not one, then definitely two hands. This definitely had a psychological impact on the team as we played with a little less zip and tenacity as the clock approached 45, but Jack Ross sure as hell stoked those fires back to maximum heat during half time.

Sunderland roared back out after the break and the pressure on the Dons defensive line was relentless, everyone inside the Stadium of Light knew it was only a matter of time before the home side deservedly retook the lead. Sunderland created chance after chance with McGeady, Maguire and Gooch moving in hypnotic fashion which opened up plenty of room for Charlie Wyke to cause chaos, the big lad simply loves being 1 on 1 or 2 on 1 or 3 on 1 with opposition defenders to test their mettle against our target man.

This is probably the area of the game that bore most of my frustration, time and again we work players into excellent positions and put the ball into dangerous areas but our accuracy is still lacking. This is of course something which will improve as the team gains more minutes throughout the season, they managed an 81% pass accuracy which is pretty darn good for a team plying their trade in English footballs third tier.

I suppose we just need to see more of the same from the lads and just keep adding to what we’ve already seen they’re capable of. Maguire was the first player since Defoe in 2016 to score a hat trick, albeit the opposition was Swansea rather than the Dons but a hat trick in any league is a commendable achievement. On a side note, I also think that Alim Ozturk is one of the better passers in the team which belies his mountainous, no nonsense stature and it’s definitely something Sunderland need to utilise more going forward as Ross looks to play out from the back.

Burnley. Premier League opposition. Enjoying a pretty good start to the season two leagues above. Burnley battered a Southampton side which is very much in the midst of a rebuild under manager Ralph Hasenhüttl 3-0 at Turf Moor on the opening day of the season. In all honesty Arsenal were lucky to walk away with all three points the following game with the irresistible Pierre-Emerick Aubameyang netting the winner for the gunners.

The Clarets were direct and scrapped with Arsenal all over the park, tactics that the more flamboyant gunners struggled to counter at times with Leno pulling off some decent reflex saves. Wolves in a crazy game managed to snatch a point in the 97th minute after it appeared that Ashley Barnes’s early opener was enough to secure Burnley their first three points of the season. Erik Pieters brought down Jiminez in the area and Manchester City’s favourite officiating assistant VAR confirmed it was legitimate, allowing Wolves to save their blushes at a packed out Molineux.

Jack Ross has freely admitted that the League remains his main priority for the season, so with one eye on a big clash with fellow promotion hopefuls Peterborough the Scot has promised to rotate his squad.

“We go to Burnley on Wednesday and then Peterborough United on Saturday which is a big game and a really tough test,"

“It’s likely we will make a lot of changes on Wednesday.

“We’ve got a good squad here and we’ve got players who are ready to go, and we will utilise that squad properly on Wednesday evening.

“We want to go and win the game – that’s the way we will approach it,”

“Equally though, we have to be mindful of the game we have on Saturday and the amount of travelling we have between these two games as well.”

Sean Dyche has been raving about the depth and quality he has managed to assemble in his Clarets squad and he fully intends to utilise it to win this cup clash. Make no bones about it this is a game the intimidating Englishmen expects to win and he spared little thought for his competitors.

“It’s not just a chance (to play). I’ve said I think it’s the most balanced and competitive group I’ve had here,”

“It’s not a guarantee. You could argue about other groups because I feel I’ve had some good ones here.

“But when I look at the rounded side of the squad - and the fact we have minimal injuries as well at the moment - I think they are players that are capable.

“So, I will certainly be changing the side. There’s no reason not to when you think of the quality of players that will come into the side.

“But there’s no other thought than winning the game – absolutely none.

“We want to win as many games as we can. We know the feeling from last year when it didn’t go our way and that’s not a good feeling that you want.”