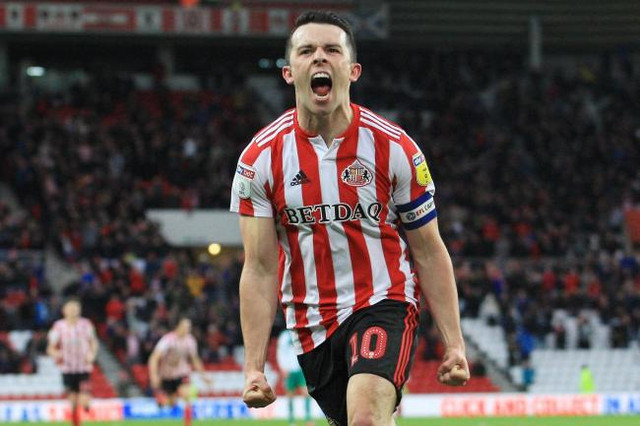 One out, one in was what Jack Ross said about Sunderland transfers. The next out is the highest profile one, club captain George Honeyman is subject to a bid from Championship Hull City, a bid which has been accepted. His departure, assuming it does go through, is a fitting end to a situation that he didn't deserve to be in.

We all have our opinions about Honeyman and it seems to create quite a strong divide amongst Sunderland fans. He's a reasonable footballer with a superb attitude and appetite for the game. Whilst the latter two are admirable qualities, and will no doubt ensure he always plays football at a good level, those combined nor his birthplace make up for the fact that he is just a reasonable footballer.

Honeyman's short career to date has focused on doing nothing badly. Which is fine, but because he is not great at anything there isn't a spot for him - or a permanent spot at least - in Sunderland's starting 11. We have midfielders that are better than him creatively, defensively, are tidier passers, have a more imposing presence and take better shots.

Funnily enough, I'm talking about him not being good enough for Sunderland's starting 11 yet the club who have had a bid accepted for him play at a higher level. One might suggest I'm full of crap on that basis alone. The sentiment in that sentence is probably true (I write for a Sunderland blog of course it's true), but Honeyman would go to Hull not as club captain and integral square-peg-round-hole-number 10, but a squad player with a purpose. He hasn't had a purpose at Sunderland, and perhaps relinquishing the pressures of captaining your hometown club will give him the opportunity to actually develop as a footballer.