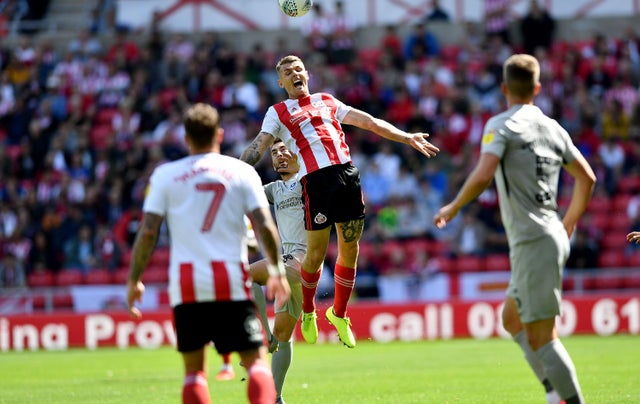 Buoyed by two good wins on the bounce against Accrington Stanley and promotion rivals Pompey, can Sunderland maintain the momentum we’ve began to build and take another three points from the Crown Oil Arena?

The Story So Far

The sense of gloom was definitely building after two underwhelming draws against Oxford and Ipswich and doom was certainly on its way to link up with its worst mate. Sunderland and the fan base needed something to celebrate and a comprehensive win against Accrington couldn’t have come at a better time. The fact that we followed that result with a win against league nemesis Portsmouth felt like the tonic the Black Cats needed to finally get going.

My initial thoughts of the first two draws were a group of players unsure of their jobs in the formation, lacking the confidence to show the talent that they possess and definitely worried about the pressure from the 30,000+ that were descending on the Stadium of Light expecting results. Fast forward two fixtures and a formation change and here we are, we’ve seen goals, we’ve seen defensive solidarity and we’ve seen some bite from the usually ever-calm Jack Ross.

Against Pompey there were times where we played wonderful football and others which left fans scratching their heads at some of the strange decisions being made in and out of possession.

Starting from the back it seems that Big Jon McLaughlin has shaken off his early jitters to bring the commanding authority that Sunderland fans have become accustomed too between the sticks. In front of him sees an intriguing pairing of Ozturk and Willis which seems to provide an excellent balance of pace, aggression, strength and aerial dominance and I can’t help but think that this partnership needs time to blossom and should become even better. Like outlined in Chris' piece this morning, it was almost a little harsh on Ozturk that he wasn’t starting after how well he acquitted himself at the end of last season and he seems to be taking his chance once again.

Leadbitter and Power provided calmness in possession, keeping us ticking over, cutting out passes with Power getting a little creative when he found himself further forward. The former Wigan man was particularly impressive in the first half against Pompey, finding space for team mates with his passing and always providing an option with his movement. We also managed a goal from a set piece (break out the champagne and light up the stogys!) and that was in no doubt down to Leadbitter’s delivery into the area and Jordan Willis outmuscling and outjumping three hulking Pompey defenders in the box to glance the ball into the bottom corner. Absolutely beautiful.

Further forward the movement provided by Gooch, Maguire, McGeady and McNulty was graceful to watch but clearly bamboozling to play against. Watching the Pompey defenders try to keep up with our attacking quartet and decided who to mark was mesmerising and you always felt that we were waiting for one mistake to capitalise on… hence Maguire’s goal which was laid on with a wonderful defence splitting pass by McGeady. The Irishman capitalised on a lacklustre clearance which he controlled, took to the by-line and sep up a tap in for the King. The quality is there for all too see.

I must mention that we still do ourselves no favours when we find ourselves under pressure. Our perseverance to time and again just aimlessly smash the ball away from our area when we come under pressure, especially when we have a lead to protect is more than frustrating. At times we have ample opportunity to take the ball down and hang onto it for a bit, which would frustrate the opposition, rather than inviting them to try time and again to find an equaliser. Exactly what we witnessed in the dying minutes of the Pompey game.

Rochdale have gotten off to a flyer by their standards and have matched Sunderland for points and results so far. A nervy, but excellent, 3-2 win away to newly promoted Tranmere Rovers was followed up with a 1-1 draw with top 6 hopefuls Doncaster-also-Rovers. They then smashed Bolton 5-2 in the Carabao Cup to progress to the next round and played out a goalless draw with Shrewbury Town, who are always competitive and difficult to beat on their own turf.

The biggest thing to take away from Rochdale’s start to the season is how well their strikers and wingers have started. Ian Henderson, who at the age of 146 (34), is still knocking in goals for fun has already bagged three at this early stage of the season. He just has the class and nous to always be a threat when he plays. Playmaking handful Callum Camps also got off the mark with a brace against Bolton in the cup. But I make no bones about the fact that Rochdale’s score lines in the league flatter their position, but I’ll get into that a little bit more later on.

Manager Ross feels like the win against Pompey was just reward for the effort the Lads have been putting in behind the scenes. He hopes that they can build on all the good things we saw and insists that the confidence is building ahead of the Rochdale clash, especially after felling the men from Fratton Park so early in the campaign.

“The players have been good, but understandably I think it’s impossible for them to be oblivious to some comments and to ignore them.

“I think for them it was nice to get the rewards for the work they’ve put in for me. I said that after the game Saturday. First half at Ipswich and maybe one or two other occasions, I can’t think of many where I felt they haven’t played the game in the right manner.

“When we do that, we always give ourselves a good chance of getting the rewards and we did that on Saturday.

“We travel on Tuesday with increased confidence.”

Ross went on to talk about the psychology even at this early part of the season;

“It is still ridiculously early in the season and Kenny [Jackett] would have said the same if his side won on Saturday, in terms of how much it will affect the course of the season.

“But psychologically you can’t knock the fact that it was a team we competed so closely with last season, and who you look at squad-wise you’d imagine when things settle down, they’ll be up the top there with us.

“So it was a big boost for us, but it was only three points, like it would have been against any opponents, and it will only be a big three points if we can push on in our next games, starting on Tuesday night.”

Brian Barry-Murphy, or BBM as he is affectionately known by Rochdale fans, saved the Dale’s bacon last season. He stabilised the side after he replaced Keith Hill and has slowly but steadily implemented a more possession based game. I don’t really know what his thoughts are about the game tonight because annoyingly enough Rochdale seem to think his pre match presser is premium content and am I hell paying to hear about what he has to say. So let’s go have a look at his thoughts following a grounding draw to Shrewsbury.

He was annoyed by a controversially disallowed goal at the death and was pleased with his side’s first clean sheet of the season. He feels his side did well and were courageous against an established League 1 side.

“I haven’t seen the video [replay] but the lads obviously thought it was a goal. For me, I was just pleased with the way the players continued to attack in the latter stages of the game when it would have been easy to settle for a draw,”

“We showed great courage and resilience in defending our goal and I thought we were a dominate force in those late stages of the game in what had been a really even game and one that was tough game for long parts. We really came into our own towards the end of the game and we looked strong at the finish which is hugely pleasing for myself and testament to the players.

“I was delighted with the application of the players and the courage they showed in defending as team. I thought there were parts of our game today that weren’t up to the level skill-wise that they have been in recent weeks, but there are different ways to get results and our lads found a way today through real courage and aggressiveness in defending. I was happy with the way they applied themselves.”

“They [Shrewsbury] have established League One strikers in their side and they are a dangerous team, but I thought our lads handled them really well - there was great work-rate all over the pitch.

“You’re not going to come to these places and play on your own terms for 90 minutes. I was closely monitoring the way we defended as group and I thought we protected Robert [Sánchez] quite well today and it was very rewarding for him to get his first clean sheet in a Rochdale shirt.

“He deserved that – I thought he was excellent along with the lads at the back. I thought it was a very good, focused game from Robert and it was testament to him that we got a very good clean sheet.”

Keep an eye out for my prediction for tonight coming later this afternoon...