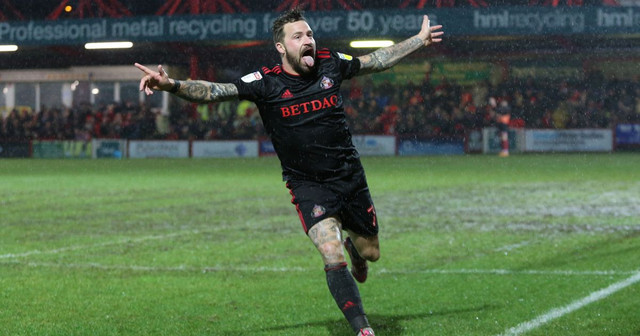 Accrington played most of their first competitive game a man down and in both of Sunderland’s fixtures Ross has been forced to change the formation and the personnel in an attempt to give his side some attacking impetus and defensive solidarity. Accrington’s best players in preseason have picked up knocks, likewise with Sunderland so both sides will be experimental.

I suspect that Coleman will be aiming for the basics to be done right and his side to look organised, Jack Ross will be looking for a clean sheet and, most importantly, goals. I expect Ross to give minutes to a few of his fringe players such as Ozturk, Embleton and Leadbitter - who is the new club captain.

I suspect Ross may attempt to persevere with his three at the back formation, but I do hope he starts with a back four - something the players know and are familiar with. This would give us a fighting chance of getting a striker in some good positions to hopefully stick the ball in the back of the net, which will be expected against an Accrington side dealing with injuries.

Not everyone agreed with my prediction last week, some might have thought I’d enjoyed a few pints of vodka for breakfast the day I wrote it. The 2-0 I so generously predicted for the Lads turned out to be a pipe dream.

This time I’m even less sure of what will happen. We always seem to let a goal slip by before we spark into life these days, but likewise I’m hoping that someone in the squad will find their shooting boots and we will see more than a single, solitary, point saving goal.

2-1 would be lovely, goals are needed more than clean sheets I think.

Tell me what you think will happen @WeAreWearside @JimRiddler or on Facebook.