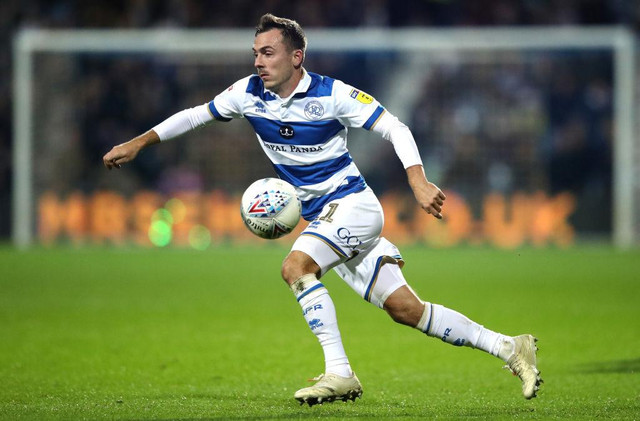 "I like to kick people! I don't mind leaving a few on."

Not daft, are you lad? Josh Scowen signs for Sunderland and delivers a tremendous initial interview. Looking forward to a few yellows being thrown at this fella. His contract length does not seem to be public knowledge as of yet (or perhaps that's my lazy Googling at work), but we do know it's a permanent signing.

Like / don't like this article? Scroll down to the bottom, there's some emojis you can us to let us know what you think! There's a cheeky poll at the bottom...

Scowen was ever-present in Barnley's 2015/16 League One play-off winning side, he made even more appearances during the following Championship campaign where Barnsley finished 14th before ultimately being relegated the following year, alongside Sunderland. The midfielder had left Oakwell the season prior to relegation and signed for QPR. He continued to feature for Rangers in the Championship, but found himself in and out of favour as the club changed manager regularly.

Described as an all-action box-to-box midfield, I think Scowen's poor goalscoring record of late can be attributed to how he has been utilised rather than what he is capable of. He strikes me as a player of the Luke O'Nien ilk, a bit of a utility man in the middle, not afraid to "leave a foot in", but also capable of positivity influencing an attack.

It's a welcome arrival to shore up a midfield short on options. Grant Leadbitter is no longer a viable option for a two man midfield, and Ethan Robson doesn't seem to be convincing anyone that he is worth an opportunity right now, unfortunately. That left us vulnerable should injuries happen to either Max Power or George Dobson. You would imagine Scowen will provide healthy competition in midfield, with Dobson's position the more vulnerable of the two.

With three days left in the transfer window Sunderland continue to make steady progress with experienced options now available central midfield, central defence and up top. It hopefully does not signal an end to our business with the squad still looking particularly void of options in the creative wide areas.

We've seen plenty of negativity throughout January, despite results on the pitch, and even when progress had been made in areas that desperately needed addressing, there was always an undertone that Sunderland hadn't done enough - yet.

Signings have come on the cheap, which makes sense. We have a strong first 11 and all of the additions to the squad have been to provide healthy competition. Why would big money be spent for players to potentially warm the bench in League One? That doesn't mean Stewart Donald can get away with that for what is left of the window, because you simply can't buy a creative player with the quality we need without throwing money at it. Hopefully the big signing we need is on the horizon...

How would you rate the transfer window so far?