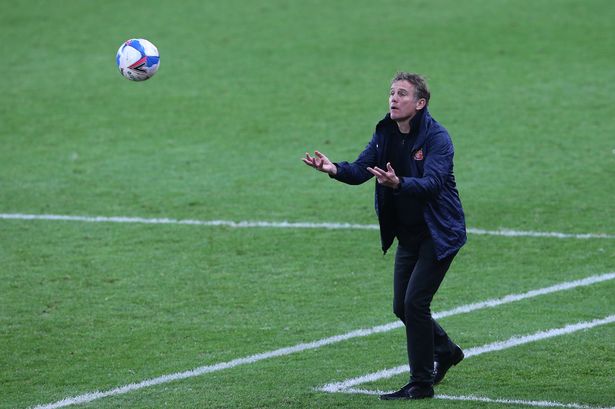 Things change quickly. I posted a piece just 10 days ago about Parkinson's managerial performance on Wearside, and in a poll more of our readers said he was doing a good job versus not doing so.

However, the news of a takeover has thrown change on Wearside into the spotlight, and the three games that proceeding that article have made it more difficult to argue that Parkinson should not be part of that change. Yesterday's defeat comes on the back of a limp exit from the FA Cup and disappointing result in the Papa John's trophy. On the back of that, two arguably fortuitous wins over Ipswich and Gillingham - earned via red cards and penalties proceeded the poor performances against Portsmouth and Rochdale.

It's a worrying trend.

Sunderland's excellent form was earned through solid defensive displays, but there was always a niggling doubt for which the catalyst was a lack of conviction and quality in front of goal. A few injuries, a few questionable individual performances and some questionable team selections has turned that doubt into reality.

The overall match statistics might have you thinking we were unlucky, controlling much of the game and creating more opportunities. However, the truth is a truly abysmal opening 50 minutes followed by an all-too familiar compact away defence (reflection on our previous two seasons in League One) delivered a deserved defeat.

Max Power's deflected goal in the opening periods of the game was not a prelude of what followed. Cameron Jerome's equaliser was a fantastic header, before Power's clumsy challenge gifted MK Dons a penalty to take the lead. His latter involvement in goals represented his overall performance better.

Parkinson will be cursing the lack of finishing from his team. Will Grigg was guilty of squandering two glorious opportunities, the second of which seemed easier to score, before Denver Hume flashed wide from six yards late in the game. It would be fair to say those isolated incidents could have changed the course of the game, and that Parkinson is not accountable for the misses, but this has plagued Sunderland all season and there is no evidence that would suggest changes.

Are the players to blame? Of course, but at the same time; Grigg, Danny Graham and Charlie Wyke are proven goal scorers at this level, and in Graham's case the level above. What is the common denominator for them being unable to replicate that at Sunderland this season?

When our defence holds up, we look good. When it doesn't, we don't have an answer. Another way to look at it is; if the new ownership structure truly has ambitious, long term plans - is Parkinson a progressive enough manager to lead, at least, the early stages of that progression?