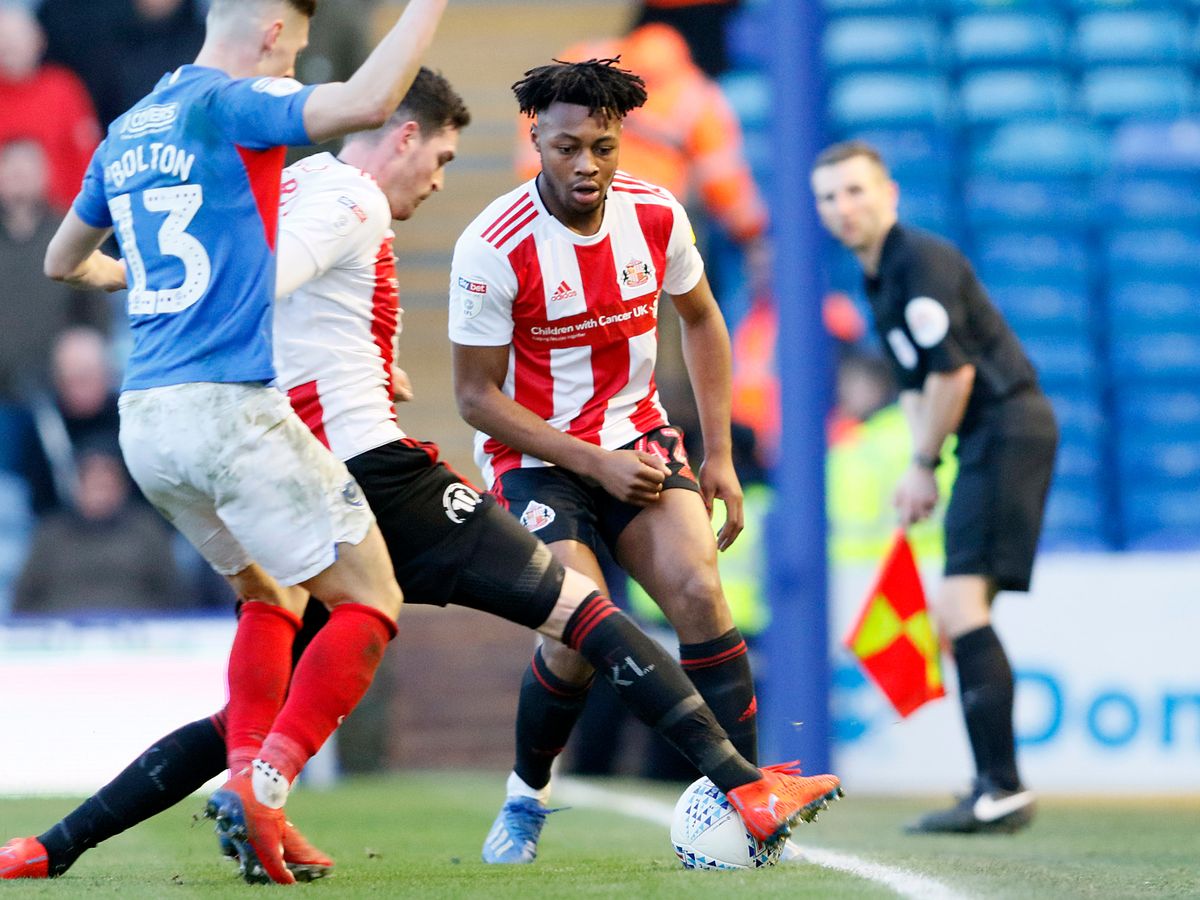 Like / don't like this article? Scroll down to the bottom, there's some emojis you can us to let us know what you think! There's a cheeky poll at the bottom...

Sunderland finally saw their surprisingly long unbeaten run come to an end at the hands of a resurgent Pompey side at Fratton Park on Saturday. Phil Parkinson has begun to mastermind some kind of promotion plan that has seen the Black Cats pick up 12 points from a possible18 in January and this has done much to allay the widespread concerns of the fan base.

Kenny Jackett has managed to get his Portsmouth side performing and Sunderland certainly struggled to match them defensively last Saturday. Two goals from set pieces either side of half time ensured the points stayed on the South coast to move them into the play off positions, at the expense of the Wearsiders. Aside from a Luke O'Nien rocket which nearly put the goal post out of service Sunderland offered little in the way of clear cut chances and after the second goal went in the players seemed devoid of ideas.

Sunderland just weren't good enough at clearing the danger in Jon McLaughlin's box and payed the price for their lack of organisation. To see Charlie Wyke pick up a shoulder injury and then for Joel Lynch to be carried from the field with a concussion just compounded the deflated atmosphere amongst the home end.

Ipswich are struggling at the moment and have yet to beat any of the league's top 8 sides in their last 10 attempts. Not great form for a side with promotion firmly seen as the target for this season. Comparisons will be made with Sunderland and the Tractor Boys but in all honesty one set of fans has put up with a lot more hurt than the other, with Ipswich only being welcomed to the pride scalping realms of League One this season rather than last. A thumping loss to promotion rivals Peterborough has seen some pressure come onto veteran manager Paul Lambert at Portman Road. He recently penned a five year contract as recently as the New Year but the manner in which his side shipped 4 goals to the Posh has worried some fans, with the Blues struggling to score goals.

Phil Parkinson has the luxury of a home game to try and get his Sunderland side back on track. Hopefully, on Saturday, the players respond to the work done on the training ground during a week off and come roaring out of the traps at the Stadium of Light, we all know how important an early goal is to this team.

The yellow card magnet that is George Dobson will probably come out with a ban looming and he will be replaced by January signing Josh Scowen. The former Barnsley favourite has had game time for QPR this season and will be itching to put in a performance to take the chance that Parkinson is handing him. If any position is up for grabs it'll be the midfield berth alongside game day captain Max Power and Scowen can provide the mettle to bully the opposition that Sunderland have been missing of late. Denver Hume had a difficult day on Saturday but word from the gaffer is that Welsh international Declan John is short of match fitness, giving the youngster from Northumberland further time to develop his burgeoning game. Wyke's shoulder injury could keep him out which would see Lafferty start in his place, with fellow Northern Ireland international Will Grigg getting a spot on the bench. Lynch definitely won't be in the match day squad with the defender having to adhere to concussion protocols. Parkinson has made it pretty obvious that Tom Flanagan will come in with the hope of the lanky centre back giving wingback Hume more freedom down the left.

Ipswich have to fill the gap left by their most important player after it was confirmed that star loan signing Luke Garbutt would miss the trip to Wearside. He's been their most creative force this season, scoring 5 goals along the way and Lambert will struggle to replace the trickery and set piece consistency the Everton man provides.

Ipswich create most of their chances with good play down the wings, overlapping full backs gain space from their midfield which in turn gives striker James Norwood room to operate. If Sunderland can win the midfield battle and prevent Ipswich from creating space on the wings this should limit the number of crosses the opposition can get into McLaughlin's box. A solid performance from the back three to clear this danger is a must and Parkinson's men need to dominate possession but show Ipswich the respect they deserve.

The likes of Gooch, Maguire and Hume should find opportunities come their way if they attack the Ipswich defence with pace, just as Peterborough managed so successfully last weekend. The Tractor Boys were particularly vulnerable to cute balls through or over the top of their surprisingly slow defence, which could bode well for Antoine Semenyo if he plays any part on Saturday. The on loan Bristol City man will be ready to play in front of a bumper home crowd at the Stadium of Light and prove the drawn out wait for his signature was worth it.

Saturday is probably one of the first legitimate six pointers of the season. A win would see Sunderland move ahead of Ipswich on goal difference and would solidify their position in the play off places. Ipswich have won just 3 of their last 14 league games, a staggering statistic considering they are still in promotion contention, but the Black Cats have the meanest defence in the league and the Tractor Boys can't seem to buy a goal at the minute which would indicate that Lambert's side are ripe for the taking.

It's time for this Sunderland side to show some mettle and step up and sending another big club back home empty handed would prove that we're on the right track.

Have you listened to our latest podcast? You can do so using the link below!