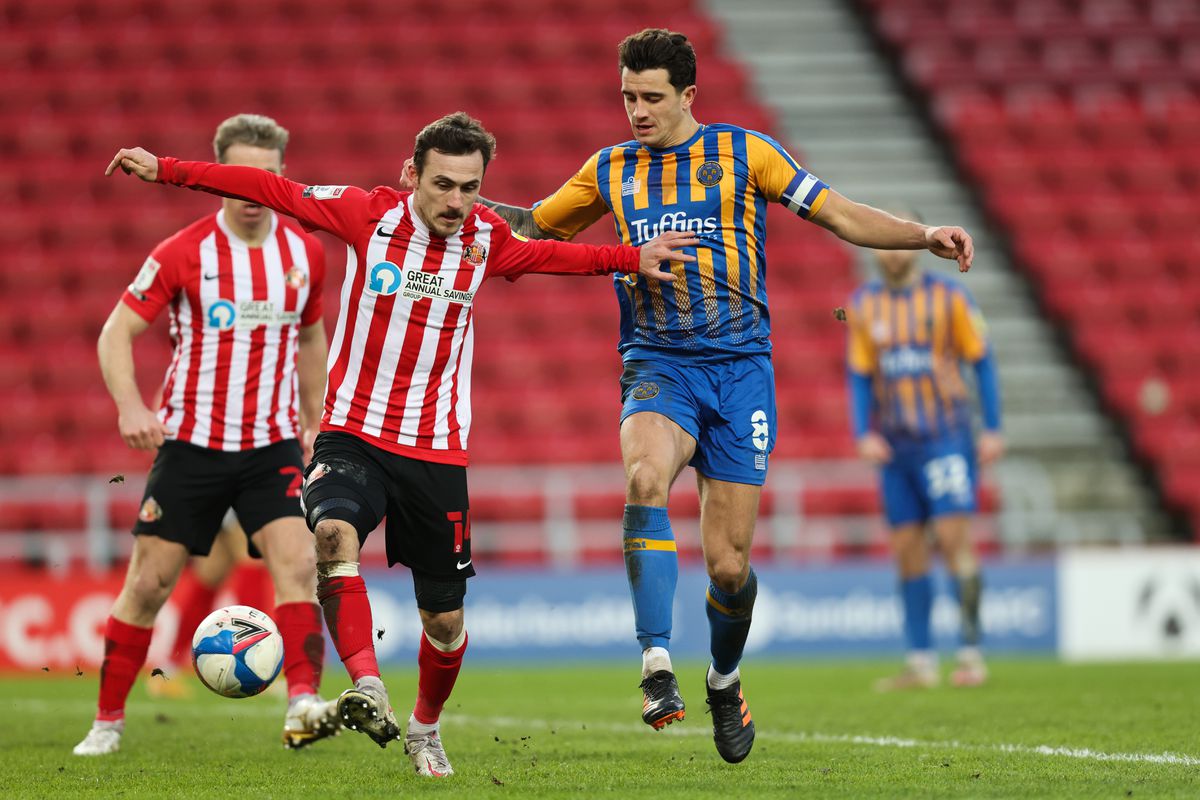 The first half performance was up there with the best football Sunderland have played under Lee Johnson; the final ball was not always there but the link up prior to it was sublime for a League 1 team. The Black Cats had a clear style and approach to the half as they dominated proceedings.

The Shrewsbury back five did not know how to deal with Jack Diamond and Aiden McGeady in the wide areas, with Diamond terrorising former Sunderland fullback Donald Love. It did not take long for McGeady to pick out Charlie Wyke from out wide as he put a great ball in for Wyke who found the net emphatically.

In the early stages of the first half, Sunderland had almost complete control of the game. Virtually every time Shrewsbury attempted to play out, they were easily dealt with by Sunderland players.

The midfield two of Scowen and Leadbitter pressed and snuffed out Shrewsbury efficiently. You could argue that the only thing missing from that first half display was a second goal to kill the game as a contest.

A Much Improved Josh Scowen

For a while now Josh Scowen has been an extremely frustrating player to watch and has rightly been criticised. From time to time he shows flashes and glimpses of what he is capable of but has never done it consistently.

Yesterday, especially in the first half, Scowen was a real difference maker in the side. He covered a lot of ground in the midfield area like he usually does. Although, this time on the ball he was excellent as he used it very effectively and linked the play with the rest of the team.

Scowen’s exceptional passing was typified by his great ball he hooked over the top for Charlie Wyke which really should have earned him an assist.

The big question for Scowen now is: can he keep this up on a consistence basis?

Actually, ugly would be an understatement for Sunderland’s second half performance! There were moments in that second period where the Sunderland players could barely string a couple of passes together.

This was reminiscent of a typical Jack Ross Sunderland performance as the team bossed the first half and to the other extreme almost threw it all away in a second period of surrender. Throughout the second half there seemed to be no cohesion between the players and they were hopeless going forward.

It would have been a great shame if Sunderland dropped points through this poor second half display as their first half showing was good enough to win any League 1 game.

The Achilles heel of this Sunderland team for years has been a chronic lack of consistency; the ability to put two performances or even halves together has been a long-time problem. Displays like this show no signs of changing that anytime soon.