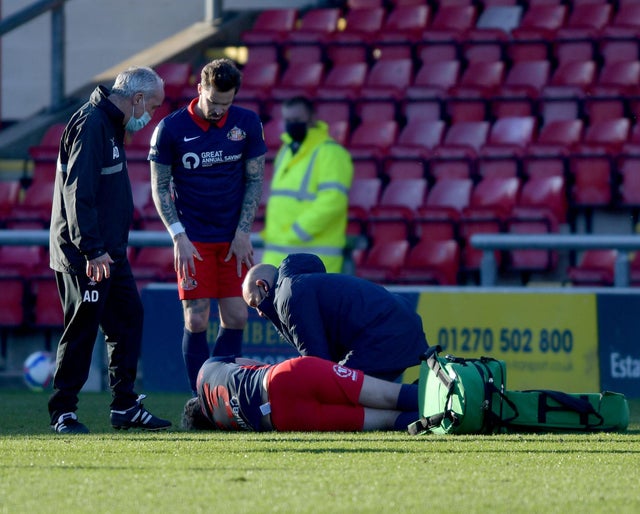 Super subs Jordan Jones and Chris Maguire stepped up and had a goal of the season competition with each other as they both scored impressive longshots late on to rescue a point for the Lads.

Unfortunately, the general performance from Sunderland was poor so here are the 1 Good and 2 Bad from the game.

Sunderland were saved by the substitute pair of Chris Maguire and Jordan Jones; both players were introduced in a quadruple substitution in the 59th minute also feature Grant Leadbitter and Jack Diamond.

Maguire, Jones and Diamond replaced Lynden Gooch, Aiden O’Brien and McGeady who were ineffective throughout. O’Brien was largely anonymous, whilst Gooch was incredibly frustrating as he gave the ball away a countless number of times. Now he rarely makes the correct decision and with one year left on his contract this is be a make-or-break season for him.

McGeady’s off day should be forgiven having provided 7 assists in his last 4 League games. Whilst Jordan Jones must really be threatening Gooch’s place in the in the starting eleven; in the game yesterday, he was the catalyst for the Black Cats revival.

Moments before the first Sunderland goal, Jones made a lung bursting run down the left flank and delivered the ball into a dangerous area where Crewe cleared fortuitously. The goal he scored was a fantastic individual effort worthy of winning a game.

Maguire has also put pressure on Lee Johnson to give him more minutes. Before his late equaliser, he put in a couple of dangerous deliveries. One of which Luke O’Nien should have buried. Maguire then capped off his cameo performance by scoring a screamer in the 97th minute.

In recent weeks, Grant Leadbitter has been a player quietly going about his business in the Sunderland midfield producing good performances.

Yesterday afternoon, Leadbitter was dropped to the bench with Josh Scowen replacing him. One could only assume it was to rest him due to the grueling fixture schedule. There was a huge difference without him in midfield.

Whilst Max Power has been playing well alongst side Leadbitter, the midfield was anonymous for large parts of the game. Leadbitter has been written off time and again for his lack of pace. However, his game intelligence and technical ability is near enough Premier League level. The team on Saturday missed a player who could keep hold of the ball and slow the game down from Crewe’s high tempo passing play.

Defensively, his position is top class as he can read the play very well. For example, Ryan Wintle’s throughball for Crewe’s opener carved the Sunderland team apart. There is a high chance Leadbitter would have been able to read that pass and protect the Sunderland back four.

Unfortunately, within minutes of Grant’s arrival he slipped and dislocated his shoulder. This is a massive loss to the team as there is no like for like replacement for him in the squad.

On Saturday, Lee Johnson decided to revert to a back four. In hindsight, this was a baffling choice as the 3-4-3 had served Sunderland well against Burton Albion.

Johnson also chose Luke O’Nien to partner Dion Sanderson in central defence. Scowen and Power were the midfield two entrusted to protect them. The back four were constantly exposed in the 90 minutes against the Railway Men.

O’Nien was originally signed form Wycombe Wanderers as an attacking midfielder and this showed as he was constantly caught out of position and could not deal with strike force pairing of Mandron and Porter. O’Nien is the sort of player you could get away with playing in a back four against a team like Fleetwood at home, who had 0 shots midweek. However, against an energetic, attacking team like Crewe a recognised a defender like Conor McLaughlin is surely a better choice.

Wingback Callum McFadzean also looked a liability with the extra defensive responsibilities of a back four. Again, he looks far more comfortable in a five men defence.

With Jake Vokins looking somehow even worse than him, would it not make sense to use a system that makes game more comfortable for the defenders available?