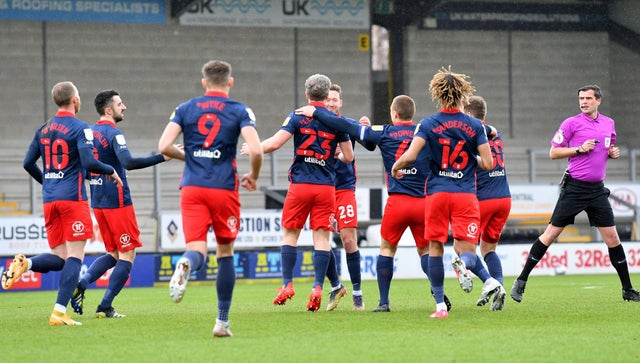 In familiar fashion, Sunderland flew out of the blocks with Grant Leadbitter placing the ball in the far corner from just outside the area in the 6th minute. Lynden Gooch added a second in the 32nd minute with a thunderbolt from a corner.

Burton raised the white flag in the 56th minute when defender Josh Earl got himself sent of in a moment of madness. Charlie Wyke then made sure of victory, slotting the ball into the net from a Jordan Jones pass to make it 3-0. Here is the 2 Good 1 Bad.

The Burton curse is broken

For the first time in six attempts Sunderland finally beat Burton Albion and the lads could not have done it any better. Burton have become somewhat of a bogey team for that Black Cats and this was furthered by a joke towards Newcastle fans telling them to “enjoy Burton away” which has catastrophically backfired.

Over the past couple of years, the games against the Brewers have been a guarantee of dropping points. This is mostly due to their combative and defensive playing style; in fact, Sunderland struggle the most against every team that plays this way.

The Lads often panic when they cannot find a goal, and this leads to ill-discipline. This change has been quite dramatic; only last week the Lads lost to Shrewsbury Town and conceded 18 fouls, mostly borne out of pure frustration. Yesterday, against Burton the Black Cats only conceded 7. This is a staggering reduction.

Ironically, this tactic went against Burton today as one of their own players lost his head and shoved Aiden O’Brien over an advertising hoarding resulting in a red card for Earl.

Lee Johnson might finally be finding a way to play against these so called ‘lesser’ teams that have constantly thwarted the Lads over the past 2 and half years.

Another New Shape Another Result

Lee Johnson certainly likes to shuffle his teams about and he would be the first to tell you that. Yesterday, Sunderland lined up in a 3-4-3 formation. This is the first time our Gaffa has tried this since the ill-fated Phil Parkinson era and it worked a treat.

Aiden O’Brien lined up alongside Charlie Wyke which allowed their impressive partnership to flourish once again.

Wyke benefits massively from having players around him to draw attention from defenders. Against Doncaster, Johnson opted to deploy Luke O’Nien and Josh Scowen in advanced midfield positions to do this. Although, the best solution appears to be O’Brien.

The new system also allowed Johnson to use Lynden Gooch as a right wing back. Defensively, he is not the greatest but going forward he is a power weapon. This position allowed Gooch to carry the ball from deep, like Denver Hume did under Parkinson.

He constantly caught the Burton players by surprise with his powerful running. Aiden McGeady also enjoyed the formation change as the team was offered extra defensive protection so he could take more risks on the ball.

In addition, the Burton game allowed the reintroduction of the Leadbitter-Power midfield partnership. On paper this combination does raise eyebrows as neither player any real possess pace. However, the game intelligence and technical ability of both players contributed well; they dominated the midfield area all afternoon.

A Lack of Centre Halves

Against Burton, Johnson opted to play three at the back with only one natural centre half. The makeshift defence of O’Nien, Dion Sanderson and Conor McLaughlin defended admirably considering the circumstances.

Despite winning the game and keeping a clean sheet, this approach will not work every week; after all Burton Albion are at the foot of League 1. The defenders deserve a lot of credit for the way they played and it feels harsh to criticise them at all, but they did have some shaky moments.

In the second half, Burton defender Bostwick punted a long ball forward, McLaughlin lost the resulting header. The ball fell to O’Nien, who had travelled inside from left centre half, then passed it straight to a Burton player. Consequently, the ball was switched the Brewers right flank where Jonny Smith curled the ball towards goal.

Fortunately, Lee Burge was on hand to tip it onto the crossbar. In the 61st minute, Smith was allowed once again to sweep inside from right wing. This time he bent his effort against both posts. Had this been someone like Siriki Dembélé of Peterborough or Ronan Curtis of Portsmouth they would have more than likely put the chance away.

With Bailey Wright and Tom Flanagan still weeks away from recovery it looks like Johnson will have to persist with this back three. Although, the reassuring factor is that they were by no means awful and will only get better with improving partnerships.