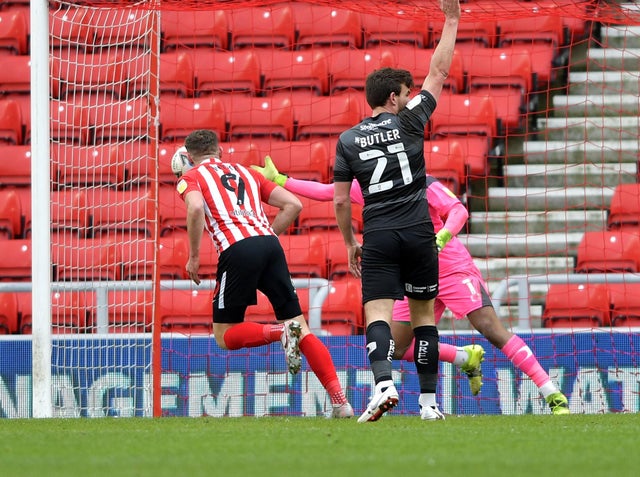 We're now on Reddit! Come join the newest Sunderland community and keep in touch with team!

Yesterday afternoon, Lee Johnson decided to discard his favoured narrow 4222 formation. Despite it being useful in forging a partnership between Aiden O’Brien and Charlie Wyke it has been somewhat detrimental to the rest of the team; the midfield as been incredibly isolated in recent weeks.

Johnson switched to a 433, deploying Max Power, Luke O’Nien and Josh Scowen as a midfield three. This paid dividends right from the off, with O’Nien and Scowen pressing high and not giving the Doncaster midfield any time on the ball.

Power was used in a deeper role in front of the defenders and mopped up Doncaster attacks. Power sitting deep also gave O’Nien and Scowen the license to relentlessly run forward on attacks. In all four Sunderland goals both players can be seen arriving in the box drawing defenders away from Wyke, making his job that bit easier.

Scowen was also very unlucky in the second half as he saw a shot in the 63rd minute deflected onto the bar. This midfield trio resulted in Donny manager Darren Moore substituting the talented Madger Gomez as half time in a desperate attempt to claim some control of the middle of the park.

Although this new formation breaks the partnership between O’Brien and Wyke, the support Charlie is getting from midfield just proves he does not need a striker partner.

It seems unfair on Charlie Wyke, but this might be one of the only times you do not name the player who scored four goals your man of the match.

Instead, Aiden McGeady takes the plaudits as he notched four assists in a match he completely dominated from the first minute until he was substituted in the 82nd minute.

35-year-old McGeady rolled back the years as he tortured Donny full back Bradley Halliday throughout the game; no Doncaster player had the answer and could not deal with him.

McGeady’s link up with Charlie Wyke was almost telepathic. Before this match the biggest assist to goal link between the same players this season was George Honeyman to Josh Magennis at four goals and assists. Wyke and McGeady managed this feat in a single game yesterday.

When McGeady puts on a display like this he is untouchable, it is a pity we do not see this more often.

A couple of problems at the back

Sunderland did play Doncaster off the park yesterday. However, no performance is perfect unless it is a 9-0 thrashing of a local nonleague team in preseason. With the change of personnel and formation, the Black Cats looked much more comfortable in defence than Tuesday night’s shambles against Shrewsbury Town.

Even so, the Lads did let Doncaster have a few opportunities. Just like the Lincoln game where Sunderland ran out 4-0 winners, the game could have panned out much different if Donny had taken their chances. Although their first spot kick was never a penalty, you cannot rely on a League One referee to make the correct call.

Lee Burge came to the Lads rescue on that occasion and on Donny’s second penalty, which was correctly given. Burge could count himself very unlucky as Doncaster’s one goal came from midfielder Taylor Richards, who found himself free in the box.

His effort struck the post and bounced back out off Burge’s shoulder blade, causing it to bobble over the line. This was not the only time a Donny player found themselves in space in the box, in the first half they spurned a couple of chances from such positions.

This was far better than the torrid Tuesday against Shrewsbury Town, but the Sunderland defence does still seem shaky.