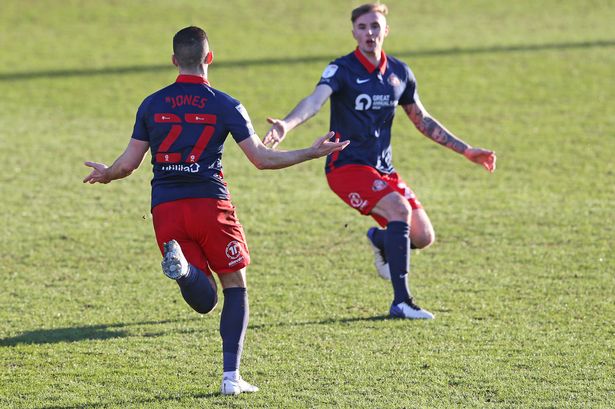 After two largely uneventful yet professional performances in the past week, we moved on to Crewe Alexandra, as Sunderland looked to get their 5th win in a row. We were all wary of Crewe’s home form and the fact they liked to play some nice football but would it work out in Wearsider’s favour to not have to try and find a way through a wall of defenders and get to play some football themselves? Well no, it didn’t because for 75 minutes at least, the Sunderland team forgot they were footballers.

Comment of the day: “Still indecisive but made a couple of good stops” – Ian M

After doing absolutely nothing for 90 minutes of the game in the midweek game against Fleetwood, it was time for Lee Burge to get back to doing what he’s paid to do and he was mostly up for the test against an inspired Crewe Alexandra. Their goals were well worked and there was little Burge could do to prevent them, however, as usual there were moments where rash decision making and poor distribution could have hurt the side harder throughout.

COTD: “Tough afternoon but last-ditch block at 2-0 was crucial” - Alfa

After a couple of excellent performances for the Black Cats, it was a much tougher outing today for the youngster and probably through no real fault of his own as Crewe showed their class in front of goal. A few key tackles and a goal-line clearance were a highlight for Dion and one of the very few positive takeaways for the Sunderland defence yesterday.

Very average is a fair description for McLaughlin’s performance as it was just that; I can’t recall much contribution positive or negative to the team and that can be a problem when we were disjointed defensively as we were yesterday.

COTD: “Not a centre half and Crewe knew it” - Jacko

A tough day at the office for O’Nien and it was a rare poor performance in a Sunderland shirt for him. Poorly positioned often, he was run ragged by the Mikael Mandron on multiple occasions and never looked comfortable dealing with the physical presence of the Crewe forwards. As always though, no faulting his effort throughout.

That throw-in. That’s all I can say about his performance yesterday and surely Lee Johnson has seen enough now, I know the fanbase have.

It’s strange to think that Gooch made 11 appearances for Sunderland in the Premier League, a once up and coming talent who has since been a constant in the demise of SAFC from the top division to languishing around in the third. So, did Lynden foresee his career going down the path of poor performances and decision making in League One after spending so much of his youth career hoping for an opportunity in the Premier League? Probably not but unfortunately, he’s struggling to find consistency to step up when we need him the most.

COTD: “A better second half” - Coachees

Probably the best of the midfielders who made the starting eleven yesterday but I’m struggling to see where the compliment is in saying that. Max did look a lot better when LJ made the substitutions and was a driving force in Sunderland’s attempts to claw back the two-goal deficit.

COTD: “Not at the level” - Anonymous

Another week goes by and it’s another bang average but always borderline poor review of Josh Scowen in a Sunderland shirt; Meagre with the ball yet industrious without, it was a frustrating performance and the team needed so much more from him.

It was a quiet performance midweek from McGeady and yesterday’s performance was no different as the former Republic of Ireland international was well and truly marked out of the game by a dogged Crewe Alexandra. He wasn’t the only Sunderland player not up to the task yesterday but as Lee Johnson’s post-match comments suggested, previous standards have been set and expectations going forward are higher than ever due to that.

COTD: “After a couple of good games he doesn’t turn up” - Anonymous

After a goal against Fleetwood we were looking forward to see O’Brien kick on from there and find the net again against Crewe but to be honest I wasn’t entirely sure that he was playing until I checked the team sheet at half-time. At this point you have to question whether his place will be up for grabs going in to the game against Swindon on Tuesday.

Not much to say about Charlie’s performance today as for the second game in a row he was kept quiet by the opposition’s centre-backs but he also struggled due to the lack of support from those in and around him. His highlight of the game was the knock-down for Chris Maguire’s sublime equaliser in the 96th minute.

I’ve never seen the Lord of the Rings but I don’t know how they filmed Return of the King if it only happened yesterday? Chris Maguire reminded us all of his quality yesterday and gave a real message to Lee Johnson in the process; Offering a variety of dangerous deliveries from set pieces, Maguire looked destined to make a positive impact on the game and in the 96th minute the magic happened as he brought down a ball and volleyed an absolute peach in to the back of the net.

After watching his teammates struggle, it must have been frustrating for Jones to yet again find himself on the bench unable to make an impression, however, his opportunity came early in the second half and boy oh boy did he make an impact. Sticking out on the wide left of the pitch, he picked up all the ball and ran at the Crewe defence at every chance. His goal was a thing of a beauty as he ran inside with the ball and leathered one in from well outside of the box; His introduction was the catalyst in the Sunderland revival yesterday and I wouldn’t be surprised to see his name down in the first 11 come Tuesday.

COTD: “Played his part in the comeback” – Hettoner

Although Jack didn’t score, assist or really offer too much of note yesterday, he was direct in his running and kept the Crewe backline stretched as Sunderland searched for a way back in to the game.

With it looking like Grant Leadbitter might be out for some time, it could be a chance for Carl Winchester to show the Sunderland faithful what he’s all about and he almost won the hearts of the supporters as his last second header blazed just over the bar. Looking composed in possession and offering an outlet for his teammates, he stepped up well in his cameo against Crewe. A big few weeks ahead for the new lad, I hope he takes the opportunity with two hands.