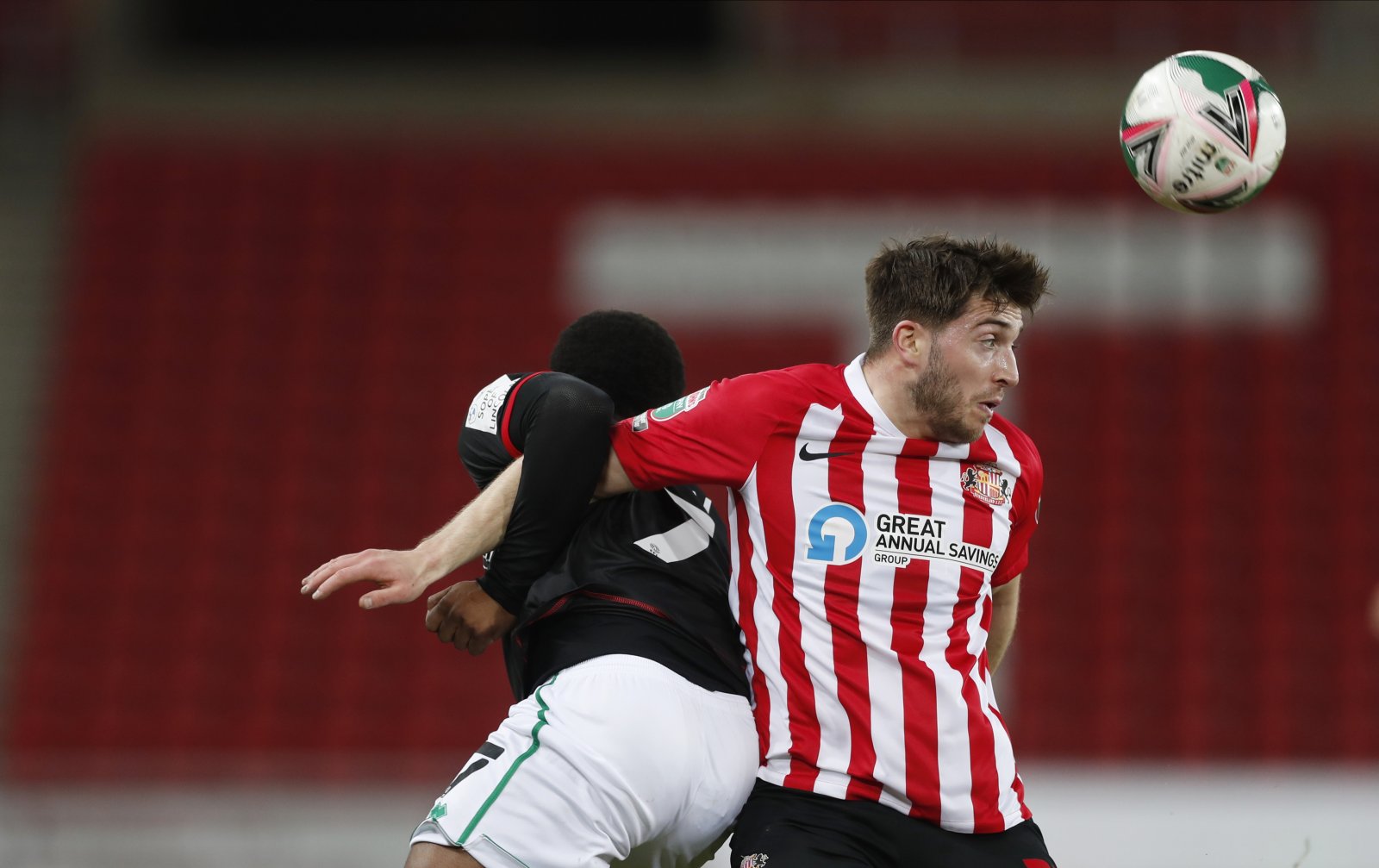 For once it did though and Sunderland put in a professional performance against bottom of the league Burton, a side that we have struggled against in recent seasons.

As the ball hit off of one post on to another and then fell to an onrushing Burton forward you would have been forgiven to think that a dogged Sunderland defence were set to lose their clean sheet yesterday. What you don’t know is that Lee Burge has since been blessed by nothing other than witchcraft since he was dropped for one game a few weeks ago; Offered another solid performance without much to do, although much more composure is needed at times with the ball at his feet.

COTD: “Totally transformed from the player he was 12 months ago” – Nars his stuff this lad

When McLaughlin first joined us he looked set to be yet another disappointing Sunderland signing since being in League One yet when you flash-forward to yesterday, you can see that he has come on leaps and bounds whilst playing as a centre back and arguably has been one of our most consistent performers both before and after his recent injury.

Dion Sanderson – 8 (Man of the Match)

COTD: “A very talented footballer - which explains why Parkinson ignored him” - Anonymous

Dion continued on from his superb display against Doncaster and then some; After missing out of the Lincoln game mid-week due to being cup-tied, he slotted in to the centre of a back three and marshalled the defensive line with the experience of a 34-year-old veteran. Did very well today and you can see a bright future ahead for this young man.

COTD: “Is there any position he can’t play?” - Anonymous

After hosting fifteen episodes of Countdown, finishing 43 sudoku puzzles, taking up life drawing classes, binge-watching 22 episodes of Doctor Who, designing a new pair of shin-pads, winning the Great British Bake-off and playing a multitude of different positions for Sunderland, Luke has added a new position to his list of many things to do on a weekly basis and it has to be said, he’s done incredibly well there as a makeshift centre-back.

COTD: “Back to his old self” – Niall Aberdeen

Great performance from Lynden yesterday and he capped it off with a smashing finish with his weak foot that crashed off of the underside of the bar to make it 2-0 before half-time. He was full of direct running and he picked his head up whilst getting involved in numerous periods of interplay between the midfield 5.

COTD: “His best performance so far (but that’s not difficult)” - MikeF

Loan signings either work out or they don’t and most of the time if you’re a club in the position that Sunderland are in, looking to get promoted from the division, you can’t carry passengers along for the ride. Vokins has struggled on his first few outings and although he did get caught defensively a few times yesterday, there were showings of the potential he has. That’s Southampton’s potential though, isn’t it? I’m sure the fans will want to be seeing much more from a budding Premier League full back.

Just like most of the squad and we have to give a lot of credit to Lee Johnson and his backroom staff, Max looks like a new player out on the pitch with a determination and passion that we haven’t seen for quite some time. Linked up well with the attack and defence and was pivotal in the engine room yesterday.

COTD: “Scored but still, not for me” - coachees

It was a beautiful finish from a McGeady free-kick that caught the Burton defence by surprise and you can’t help but feel happy for Grant when he scores a goal as he’s a Sunderland lad, he’s one of us. However, he was often very sloppy in possession and struggled to keep up with the tempo at times.

COTD: “Another assist, some real moments of class and not afraid to fail” – Rowland Mackem

When McGeady stopped with the ball on the halfway line, teased the Burton midfield with the opportunity to dispossess him and then decided to nonchalantly roulette on the ball to then skip away and set Sunderland on another attack, well, I couldn’t help but throw another dart at Phil Parkinson’s face on a dartboard. What was that man thinking? Anyway, it was a quieter performance from McGeady yesterday but quiet was still creative, positive and direct.

COTD: “In their face” – Fullwell Ender

Another week goes by and O’Brien is showing signs of settling in to the first 11 as both a foil for the attention of Wyke and as a tricky forward himself. I’d love to see him get on to the end of more chances considering he told the supporters that he lives for scoring goals upon signing for the club. Showed his fight and passion in an altercation in the second half.

Another game and another goal for Charlie Wyke. He was unfortunate not to score two as an effort hit off the post but the goal he did get for himself was taken very well; It was a lovely turn and finished from a striker brimming with confidence. As for the hold up play, sublime. Again.

Scowen came on in the second half to add energy to a tiring Sunderland midfield and as usual he brought a lot of bite but little quality. If I was playing a game of FIFA and mishit that many kicks of the ball then I’d have thought my controller was broken.

I think most Sunderland supporters need to see more of Winchester before they can decide what type of player he is and what he brings to the Sunderland team because these 15/20-minute cameos aren’t offering us much hope of anything other than a player to keep it tidy and move the ball backwards and sideward. You know, the same thing that George Dobson could have done without spending additional money on Winchester.

He wasn’t on the pitch for that long but Jones looked sharp and direct with his business today; He almost scored and almost set up Wyke for another goal. Obviously still looking for match fitness but doesn’t look far off of it after his cameo yesterday.