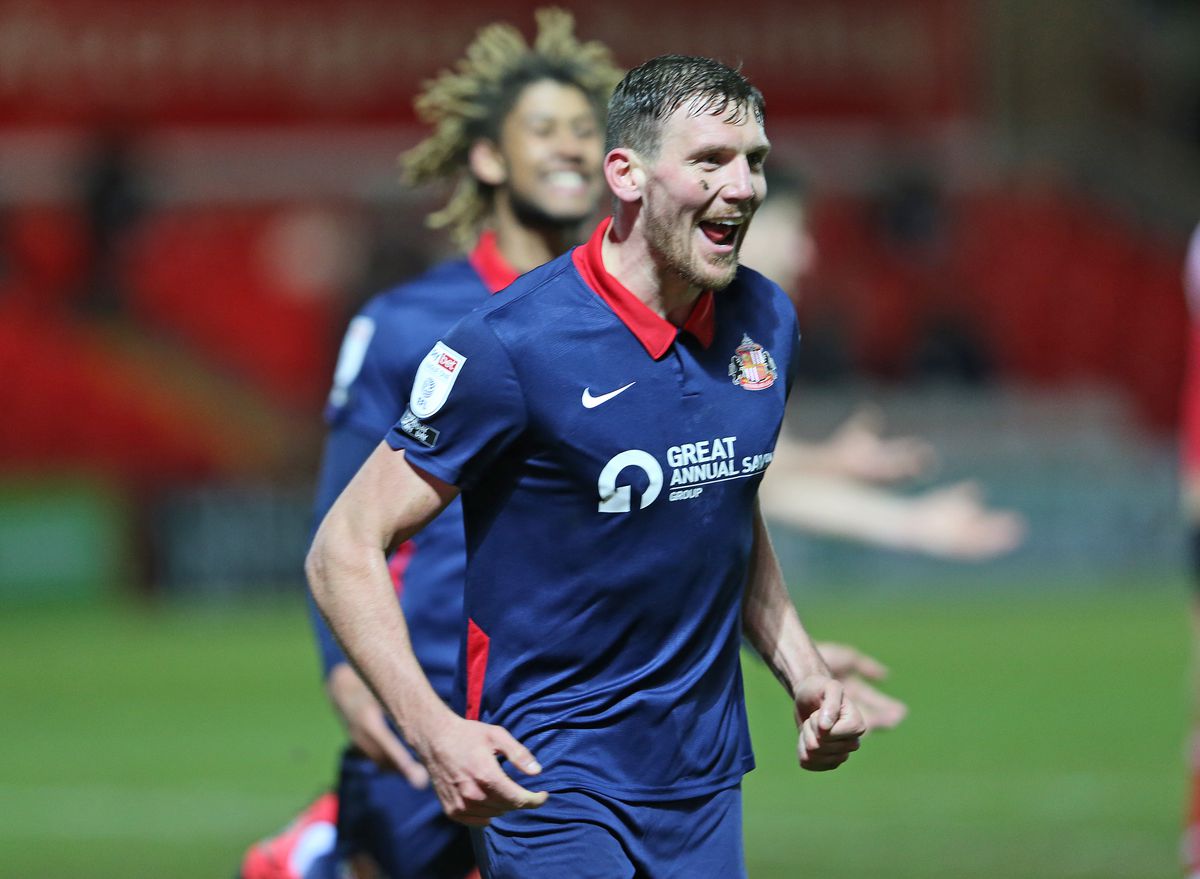 Whatever the Formation the Goal is the Same

Last night Lee Johnson decided to revert to the 3-4-3 formation he had be using almost a month ago, only to change to a 4-4-2 at half time. Despite that, the roles and common goals of the players stayed the same.

Conor McLaughlin and lesser so Luke O’Nien were permitted to roam around the pitch at will all game. Despite being a defence minded player, McLaughlin was involved in almost every forward move the Lads put together; this year our Northern Irish international has gone through a complete rebirth as he looked a lost cause last season.

At certain points of the game Power, Gooch, McLaughlin and Winchester could all be seen making runs from deep from various positions. This caused chaos in the Stanley defence, who did not know how to deal with it.

They were outnumbered by Sunderland players in their own box at times. This freeform way of playing is made easier by Lee Johnson possessing an abundance of technically sound players in all positions on the pitch.

Mixing the Game Up

However, tonight was different but not in the bad way. The Lads took a much more direct route when they searched for their eighth win in nine. This approach is often shunned by managers and fans as an ugly and undesirable way to play football.

With two strikers over 6 foot, this style of play worked well for the Black Cats; it allowed the Lads to get the ball forward quickly against a physical Stanley side. It made sense to play this way as the Wham Stadium pitch was a bog.

The most important thing to take from this is that this Sunderland team can mix their game up which allows them to become less predictable team. Under Phil Parkinson and Jack Ross, the side became predictable after a run of game and that was what caused the downfall of both managers.

Something I talked about last week was how much more comfortable the victory against Rochdale could have been if the Lads got the final ball right; yesterday was more of the same. The team are on a great run of form and this thing does seem to be catching up on the just yet though.

Last night, there were occasion where the game could have been killed early on. Aiden McGeady was almost through on goal only to mistime his run. He was caught offside and ended up booting the ball away in pure frustration. This resulted in him receiving a booking with 58 minutes on the clock.

Jack Diamond, making his first start in ten games, was hauled off on 45 minutes as his final decision or pass was consistently off throughout the first half. This perhaps a showing of his inexperience.

Sunderland’s most inconsistent players appear to the wide men. However, the squad is blessed with a lot of them so the underperforming players can be swapped out.  When these players step up fully and find this consistency then the Black Cats can quite easily blow other teams away in this division.