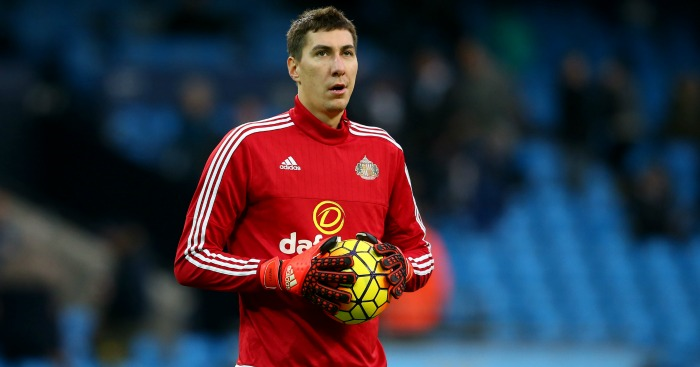 Do Sunderland need a new goalkeeping coach? After years in which the Stadium of Light seemingly churned out plenty of stopping talent, the last few seasons have seen the number one shirt occupied by a succession of flops.

And anyone remember Mika? The Portuguese bloke who never played a first-team game for Sunderland is still out there somewhere, playing in his country’s second division. He’s even turned out 28 times this season for promotion-chasing Coimbra.

The other week we pondered where Costel Pantilimon had disappeared to. The 6ft 8in goalkeeper had reportedly failed to turn up for training at current club Denizlispor.

With his career seemingly at a crossroads, the 34-year-old who spent two seasons with Sunderland, appears to be considering his options as the end of this campaign approaches.

Ever concerned with the whereabouts of former Wearside misfits, scouring the internet for a sign of him, we spotted this piece of speculation that ponders where Pants will be heading next.

It would appear that Pantilimon has now left the side who are bottom of the Turkish Super Lig. The article claims he’s attracting interest from clubs all over the place but that he may consider hanging up his gloves for a coaching role.

The goss, which is laid out in some foreign language or other, suggests Costel Pantilimon has been approached to become a goalkeeping coach by a League One outfit.

Now, the former Manchester City and Nottingham Forest stopper only has links to one English third-tier club - Sunderland.

The current Black Cats goalkeeping coach is former pro Lee Butler. Reckon Pants could be coming back to give him a hand next season?