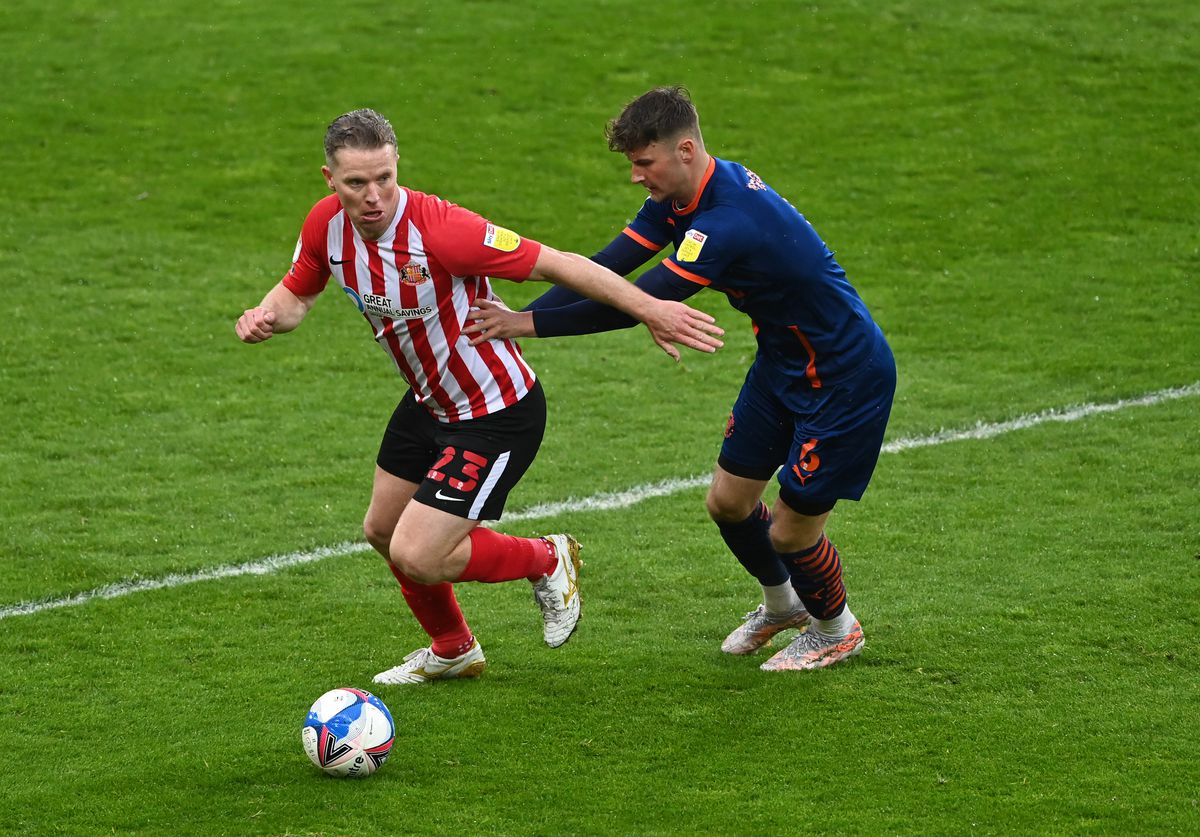 Those are the fine margins when it comes to competing for promotion from any league so surely, we would have identified where we went wrong in the away fixture in order to make amends at home.

Or maybe not. Another performance littered with poor decision making, failure to take chances and the unfortunate ability to concede out of nothing (something that we’ve become fantastic at in recent games) meant that we suffered another 1-0 defeat to the hands of Blackpool. No discredit to the Seasiders, they had a game plan in the past two games and actioned it brilliantly. With the playoffs looming, it’s something Sunderland need to worry about, starting now.

Comment of the day: “Beaten by a good strike” – Mr Wok

There wasn’t that much to do all night for Lee Burge, other than pick the ball out of the net after a thunderous shot from Kaikai beat him from distance.

Much improved performance from Bailey tonight in a game where the Sunderland defence look unusually organised for once. His experience will prove vital going in to the playoffs.

COTD: “Gives his all but stand in duty should be over” - Anonymous

His last game out against Accrington couldn’t have been any worse but it’s a credit to Luke to pick himself back up and put in a solid performance against Blackpool. Calm, assured and did his job.

COTD: “Tried to inject some drive at times” - Alfa

Worked hard tonight and didn’t really have much threat to deal with when it came to the Blackpool frontline, which meant he was able to get forward and attempt to make something happen; The quality wasn’t there though unfortunately.

COTD: “Needs to work on his final ball” - Anonymous

Another positive first half for Denver as he looked bright and positive in forward areas. Fell away in the second half, probably due to lack of fitness.

Not on his game tonight, looked his age and lacked the normal quality on the ball to make his inclusion necessary.

I can’t really remember anything Scowen did tonight to even comment on him that much. Anybody else?

You know what you’re going to get now when it comes to Gooch, a string of poor performances followed by a couple of showings that suggest there may be light in the tunnel and then the overconfidence that leads to too many stepovers, keeping his head down and slowing the play. Poor.

You can’t exactly drop McGeady and I’m not suggesting that we do, as he’s the only person in the team with the capabilities of making something happen out of nothing but give him a rest before the playoffs and hope that he can make an impact there because at the minute, he looks burnt out.

A player that was never on fire to begin with is Aiden O’Brien and his performance tonight summed up his Sunderland career so far. Dull, lifeless and anonymous.

Good effort from Wyke but you’ve got to be scoring those opportunities if you want to win games.

Did okay when he came on, won a couple of aerial duels including a lovely cushioned header from a set piece that should have led to a goal. I’d like to see more of him in the next two games.

COTD: “Disappeared as soon as he came on” – Eternal Hope

Did he come on?

Not much to talk about, did attempt to go at Blackpool but their line was so deep and he just ended up running in to their well-placed defenders every time he went forward.

Hands in his pockets for a large majority of the game, a frustrated coach I’m sure but it’s up to him to find something inside of these players to motivate them to first ensure a play-off place and then turn up against some of the hungriest sides in the division. At the minute we look starved of any ideas and quality, what’s next Lee?